This fundamental outlook will bring you a couple of up-to-date news from the financial markets of last and this week. The Fed has raised interest rates, RBNZ has not. The UN General Assembly does not cause any waves, and the US and Canadian dollars ended a week of strong growth. On Monday, we enter the new month and the last quarter of the year. 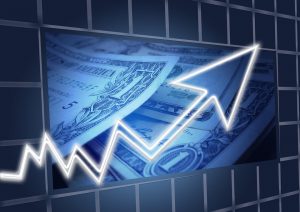 The US dollar has enjoyed big profits this week, and it was predominantly thanks to a Federal Reserve that raised interest rates. The majority of Fed presidents, as seen in the dot plot, voted to raise interest rates once again this year, most likely in December. Investors have already raised their chances to 72% for further increases in rates this year. From major world economies, the United States now has the highest interest rates. Fed chief Jerome Powel was then fairly hawkish at the press conference and signaled the US economy is very strong, with high employment and low inflation. The US dollar gained strength and rose to a 13-month maximum against Japanese Yen. From the macro numbers this week, ISM PMI reports, the NFP-ADP vanguard, and an important NFP on Friday will be announced. Together with the NFP, wages will be a major concern as they now have more importance than the increase in new jobs itself. During the last NFP report, we saw very good numbers, which were of little importance to the Fed. The current expectations are somewhat more modest, although the unemployment rate is expected to be at a lowered 3.8%. NFP reports come out with the Canadian fundamentals this time hence caution is advisable. Volatility guaranteed.

Last week, Canada did not agree with the United States on the form of a free trade agreement – NAFTA. The United States already has an agreement with Mexico, but it has been said that it is important to them both for the trilateral deal with Canada. However, Trump’s administration was prepared for an agreement without Canada. Over the weekend, new reports have emerged that Canada will retreat in demands and the deal will be sealed by early Monday morning. The Canadian dollar strongly strengthened last week, because investors believe that the NAFTA agreement will eventually be agreed upon. Moreover, the Canadian economy is doing very well and Governor Poloz was heard that the Bank of Canada will continue in their hiking cycle despite the uncertainties surrounding the trade wars. Last week, we’ve also had a better GDP result for July. This Friday fundamentals will be important for investors, as we expect reports from the labour market and the outcome of the Trade Balance. These reports will be announced jointly with the US NFP.

The common European currency gained losses late last week. The reason was mainly in Italy, when the Italian government voted for the state budget deficit at 2.4%, violating its own goals. Rumours spread about the resignation of the Minister of Finance. The political winners were, therefore, the government populist parties, which are also inclined for the Italian exit from the EU. This has resulted in the sale of Italian bonds and took the Euro down. Apart from the developments in Italy, the European Union is preparing for the possibility of Britain’s no-deal exit, which may have a bad impact on the EU. At the beginning of the week, ECB President Mario Draghi mentioned that he saw a relatively significant recovery in underlying inflation indicators. On Wednesday, Euro trading may be accompanied by a lower volatility, as Germany has a banking holiday.

In Australia, some banks will be closed on Monday because of a holiday. The most important news for Australia this week will be the decision on interest rates on Tuesday. RBA has not changed interest rates for more than two years, and this time there is also no change expected. The Australian economy is doing well, and in the latest RBA minutes report there were hawkish comments about domestic developments. For Australia, sentiment will be linked to the trade situation with China and its partners. Friday early morning CE(S)T, the results of Retail Sales for July will be released.