This fundamental outlook will bring you a couple of up-to-date news from the financial markets of last and this week. British Pound is on the crossroad as Brexit dominated the world headlines, the United States has agreed to introduce import tariffs for China and Canada is awaiting the NAFTA deal. On Monday there is a banking holiday in China and Japan, and this week we enter into autumn. In many countries, daylight saving time will change. 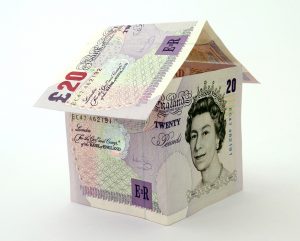 British Pound experienced a roller coaster ride last week. The important fundamentals didn’t surpass Brexit news and the Sterling lost its gains at the end of the week. The first factor was the release of inflation CPI  y/y, which significantly exceeded expectations and grew by 2.7%. However, not more than three hours later, a double-dip occurred when rumors came to light that Prime Minister May would not agree to the proposal of Michael Barnier on the Irish border issue. After the meeting of the European leaders in Salzburg at the end of the week, the situation became even more acute when, after negotiations, Donald Tusk said that the so-called “Chequers plan” of  Prime Minister May could not work. On Friday, Theresa May sent the Sterling hardly down when she appeared live on TV and announced she would be preparing for a No-deal Brexit, which would be a better option than a bad deal. Speculation about the British Prime Minister’s resignation appeared after the show. From the macro numbers, we saw a very good Retail Sales, which were completely overshadowed by the Brexit news. This week, the Pound has no major fundamentals, only on Friday the Current Account and the final GDP.

The United States has not reached an agreement with China and has imposed a 10% import tariffs on Chinese goods worth $200 billion. The announcement was long awaited, and therefore it was mostly priced in. No major market spikes were seen. In addition, the tariffs are only 10%, compared to the initially expected 25%. China responded with an immediate reciprocity. This week, we are facing an important FOMC’s decision on interest rates and this is expected to grow to 2.25%. The Statement and the Economic Projections will be published simultaneously, and half an hour later, Fed Chair Jerome Powel will have a press conference. Analysts now need to know if Fed intends to make this year’s last rate hike in December.

The New Zealand dollar has greatly improved last week after the well-off quarterly GDP, which grew at 1.0% versus the previous 0.5%. On Wednesday evening CE(S)T, interest rates will be announced and expectations are unchanged at 1.75%. However, the Reserve Bank has recently opened the door to interest rate cuts, so investors will now focus their attention on the RBNZ Rate Statement and Governor Orr’s speech an hour later.

Canada is still negotiating with the United States on the Free Trade Agreement (NAFTA), which is now essential not only for the entire Canadian economy but also for the Bank of Canada when deciding on the next monetary policy. Last week, better Core Retail Sales and Inflation outcomes were reported. This Friday, we will see a monthly GDP and this is expected to grow by a tenth of a percent.