This fundamental outlook will bring you a couple of up-to-date news from the financial markets of last and this week. US NFP report had mixed figures and did not help the greenback. A new deal called USMCA will replace NAFTA and the UK is awaiting an important Brexit development news this week. On Monday, trading in Japan, Canada and the United States will be reduced due to public holidays. 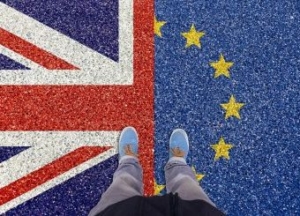 In the United Kingdom, the ruling Conservative Party of Prime Minister May held a summit and on Wednesday, she reiterated her resolve to continue negotiating with the EU on the terms of departure, but she would rather accept a no-deal than a bad deal. The Irish border is still an unresolved issue. Boris Johnson is still pursuing Conservative party leadership and scores sympathy across the British political spectrum. On the EU side, Brexit negotiator Michel Barnier said the EU is ready to propose a new, unique and extraordinary agreement to Britain that should be released this upcoming Wednesday. An immediate response from the UK and its solution to the Irish border is expected. From macroeconomic numbers, we are expecting a Wednesday announcement of monthly GDP and Manufacturing Production. Both reports are important, but they are likely to be blunted by the Brexit updates.

The US dollar gained strength again last week. It was mostly the words of Fed chief Jerome Powel, who said on Wednesday that interest rates are still far from normal and should be rising steadily. Favouring the dollar was also the ISM report of purchasing managers outside the manufacturing industry, which reached an excellent 61.6, being in the positive territory of the sentiment expansion. Important was the release of Friday’s NFP report, which brought mixed data. The most-watched results were wages, which grew by 0.3% in the monthly comparison, as was expected. In the wages, however, we saw a slight negative correction of the previous month. A significantly worse result was seen in the headline jobs, just 134k (which is the least for the past 6 months), compared to the previous month of 270k. Surprisingly good was the unemployment rate, which fell by two-tenths percent to a low of 3.7%, surpassing the analyst expectations. The unemployment rate in the US is now the lowest in the last 48 years. However, the dollar index weakened after the NFP announcement but closed the week higher at 95.28. This week, we expect CPI reports and  Treasury Yields that record highs again. President Trump will continue to negotiate with Japan, China and the EU on the further development of import tariffs. The US has emerged as a winner when they replaced the current NAFTA with a new USMCA deal that is more favourable for the US than for Canada.

Last week, Canada agreed with the United States on a new USMCA deal. Canada had to find a compromise and, among other things, to open its market for the import of dairy products from the US. After the new agreement, the Canadian dollar immediately stepped up, helped by high Oil prices. The light American WTI last week hit the $76.88 per barrel, the highest price for the past 47 months. Last Friday, results from the labour market were announced in Canada, which exceeded expectations. Canada now added the most jobs this year (63.3k). Loonie paradoxically weakened after Friday's announcements, largely due to the disproportionate part-time and seasonal jobs over the full term contract jobs.

Last week, interest rates in Australia remained at 1.50%, and the subsequent RBA Rate Statement then weakened the Aussie dollar. Although Thursday's Trade Balance was better than expected, investors are more concerned about the upcoming trade wars problems between China and the US. Aussie was selling out for a whole week and this was also fuelled by the investors’ worries about self-raised interest rates on mortgages from several large Australian banks. For AUD it will now be important to monitor the Trade Balance from China. A similar sell-off was also seen with neighbouring New Zealand.