In trading, Support and Resistance are the most used, studied, easy and also problematic topics out there.

Supports and resistances sometimes work so nicely and sometimes they don’t work at all. So many traders wonder: “Are they really so important as one says? Why everyone wants to use them if they are not 100% sure? Why they are not always so powerful as expected?

The first thing to say is they are not a complete trading strategy to use. They cannot be used blindly in every circumstance and without confirmations. So the purpose of this content is to give a good tip and shortcut to identify only best levels avoiding being lost with tons of lines and try to add more odds in our favour when we want to enter into a trade. 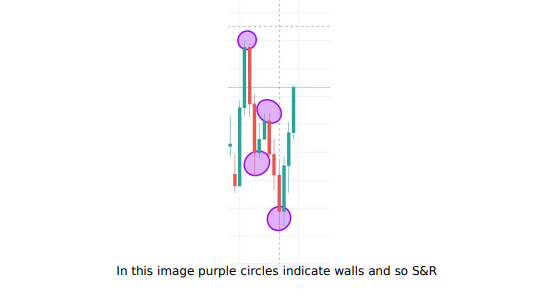 Many people like to paint charts with tons of levels here and there and then they find an excuse to use these levels to justify their blind entries and no matter if they were not correct or they had no sense. 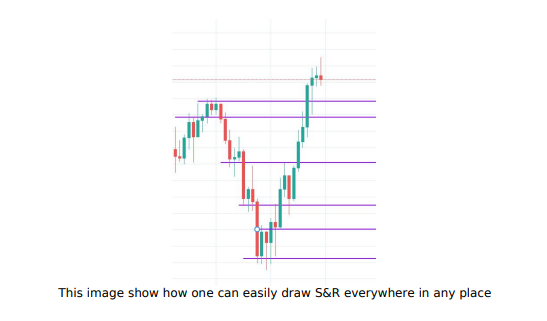 In order to add odds in our favour, we need to understand and identify only those levels which can perform well in the direction we want and don’t consider all other levels.

First of all, we need to have in our mind the overall direction and identify those areas which could be used as an entry point to trade in the direction of the overall flow.

Many people say “the trend is your friend” and actually it’s true, so why don’t use it in our favour? 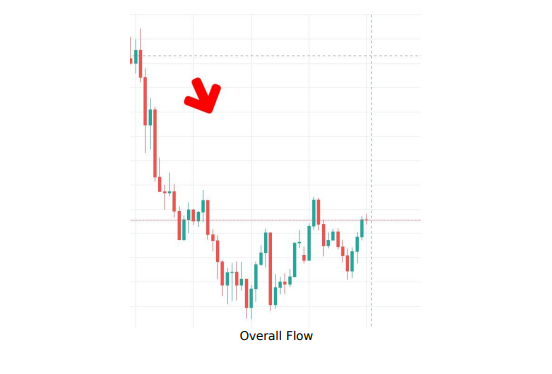 In the previous image, the overall flow is a downtrend, so our job is to identify good S&Rs to operate in the direction of the downtrend. It means we have to identify only those levels that could work as Support.

Supports can be created in two conditions: 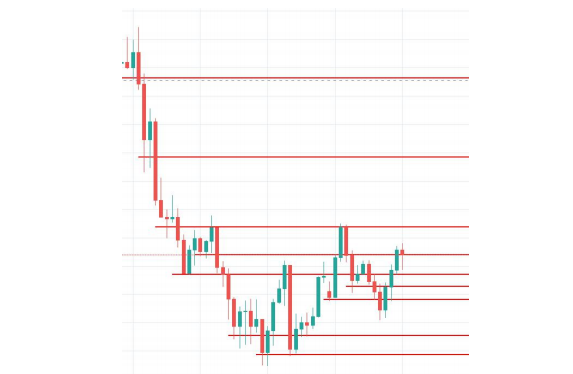 But if we consider only those levels that not only stop the down movement but they actually turn it around for a bit creating a kind of higher high and higher lows, then we have only these levels: 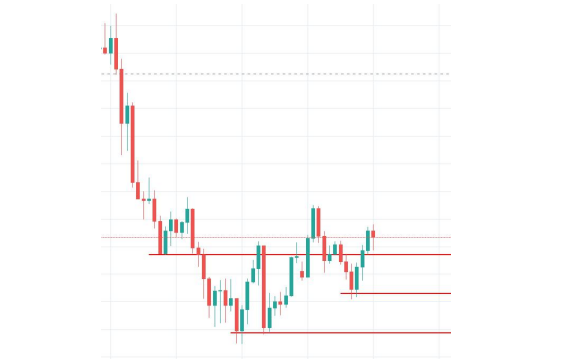 The same thing is valid for Supports. If we want to draw all possible levels (green lines) we have: 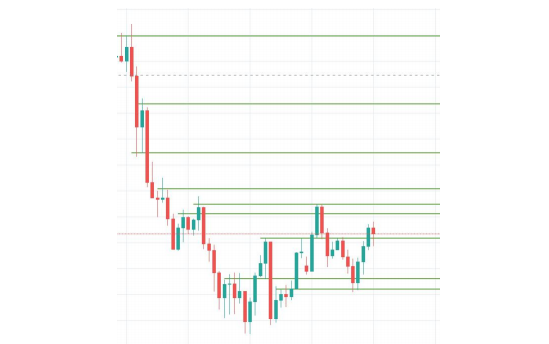 But if we consider only those levels that have enough power to break through the valid Resistance identified previously, we have only these levels: 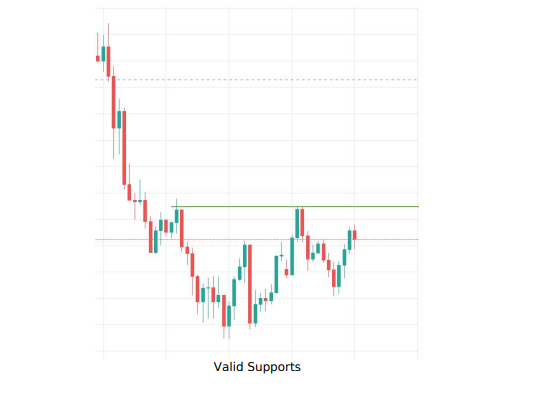 If we combine valid Supports and valid Resistances, we have good spots where to enter into a trade: 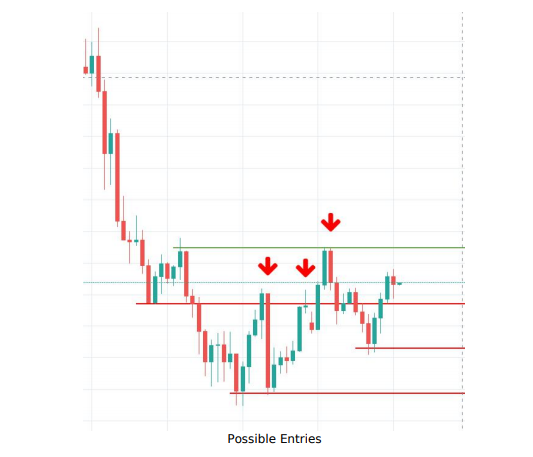 As our trader Antonio just showed, price action is one of the most popular trading approaches when it comes to support and resistance.

You will find a lot of traders who only use price action chart in their decision making. So how would they draw support and resistance levels? Well, there is not a right or wrong approach, you can use both wick or bodies of the candles when making your S/R level.

The general rule of thumb is that markets have memory, that's why it is not a bad idea to use levels which played significantly well in the past, increasing the likelihood they might do so again in the future. 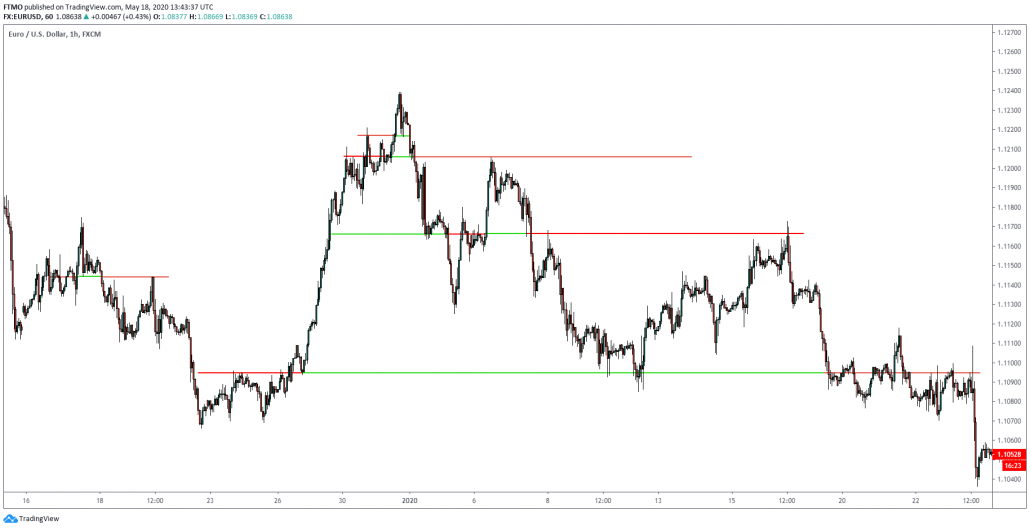 Contrary to classical support and resistance levels, some traders prefer to look for supply and demand areas on their charts.

These areas are generally zones where you can spot aggressive participation based on supply and demand dynamics.

If you have a strong move up, it means that demand overcomes supply, i.e., buyers were more aggressive than sellers. Once this zone is revisited, we can expect renewed buying at the zone.
Of course, the same goes for selling.

One of the less popular ways to find support and resistance areas is to use the volume profile. This method is often used among futures traders, but it works well in forex as well.

We have recently published a series of videos and articles about using volume profile, market profile, and auction market theory in your trading. You can find it right here.

To explain briefly, the price often uses High Volume Nodes (HVNs) as support and resistance levels, especially when there is also a POC (point of control). Compared to price action and supply and demand, the volume profile has the advantage of being less subjective, giving you exact levels to buy and sell.

You can also use Low volume nodes (LVNs) and other HVNs as your targets.

Fibonacci Tool is very popular among traders. Many traders say that there is a magic in Fibonacci numbers like .236, .382, .618 or .786. These numbers generally work because a lot of people are just watching them.

The most popular retracement is .618, which is considered the "golden ratio." We generally advise you to watch areas between .5 and .786 paired with price action levels. 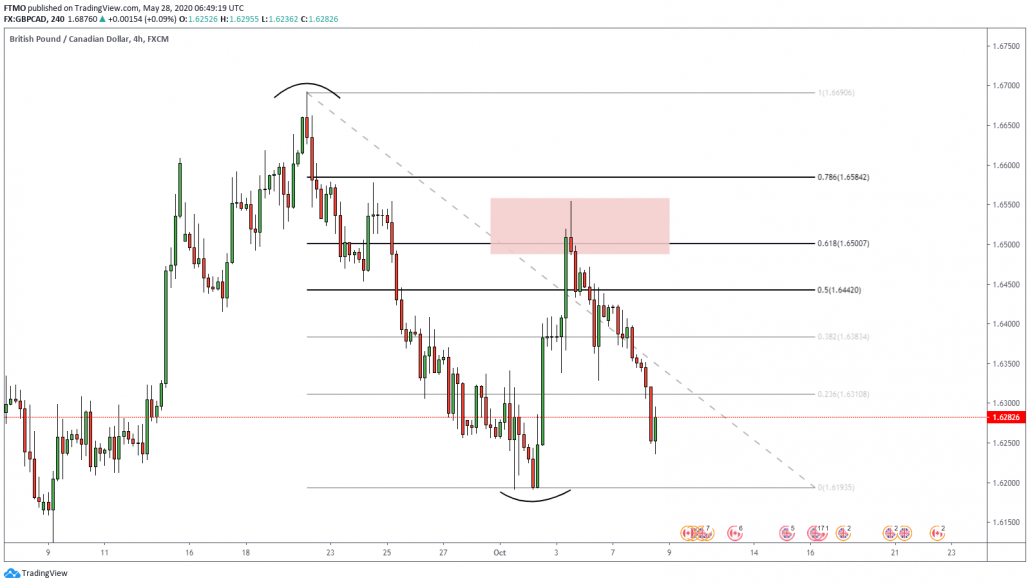 And even though some traders have strict anti-indicator approach in their trading, Pivot Points are trendy even among professional traders.

There is a lot of ways to draw horizontal support and resistance levels to your chart.

One of the big misconceptions is that they are price levels, and traders have to be spot-on around those levels.

Generally, this is not always true since support and resistance are just zones seen by a lot of market participants.

The more obvious these levels are, the more buyers and sellers they will attract once price visits them, and because of that, you shouldn't over complicate drawing them.