“We are creating an international fund based on retail traders which will offer a diversified portfolio to investors and help traders beat their path to financial independence.”

The idea to start the FTMO project, which was initially called Ziskejucet.cz, was conceived in 2014 in a small Prague office where a handful of young daytraders, including the three future founders, joined their forces. You can see us in the picture on the right. Each contributed to one’s trading system and different ideas about money and risk management.

Despite our different approaches to trading, we have something in common: The awareness that professionalism can only be achieved through strong discipline in observing one’s own rules. By maintaining rigorous self-discipline, one reaches a point where team spirit and unobtrusive supervision of other traders form the backbone of conscientious and successful trading. 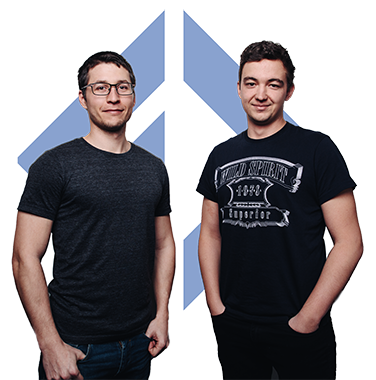 PLATFORM MAINTENANCE: On Saturday, 27th Feb 2021, our platforms will undergo scheduled maintenance between 7 a.m. and 7 p.m. CET. Manage your trades in advance.