This fundamental outlook will bring you a couple of up-to-date news from the financial markets of last and this week. The EU and the UK have agreed on the terms of Brexit and Prime Minister May is now facing resignations from her own ranks. A vote of no confidence in the government is expected. The US dollar climbed again, but then Fed members sent it down. A massive increase in price was recorded in Natural Gas and Canadian unrefined Crude fell deeply. Italy refused to cut its proposed deficit and there will be a Thanksgiving in the US and Japan. 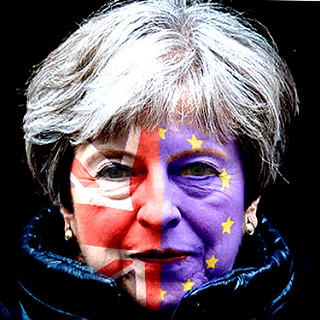 Perhaps the biggest upsurge in financial markets last week was the Brexit deal. The EU and UK negotiating teams agreed on the terms of the breakup and presented an agreement of 585 pages covering all aspects and conditions of Brexit. The EU considers it an extraordinary agreement to which the representatives of the negotiating team do not want to change anything, while Britain has embraced this agreement very embarrassingly, to the detriment. Prime Minister May insists that it is the best deal she could have negotiated for her country, while opposition Labour and some Conservatives are totally opposed to this deal. Three ministers resigned from the government, including the Chief negotiator for Brexit Dominic Raab. May has a lot of work in the Parliament to defend the document and face the onslaught on all sides. Voices after her resignation are also very loud. This week, it is likely that enough votes will be put forward to call the vote of the confidence of Theresa May’s government. If that was the case and the current Brexit agreement would tumble, it would mean a profound change, and Britain could eventually end up with a no-deal Brexit agreement. Labour leader Jeremy Corbyn, however, claims to be able to negotiate better conditions for the Kingdom. If there is a confidence vote and the cabinet survives, it is still possible that another snap election will be announced, as May will probably not pass the Brexit deal through the opinions of a torn parliament. If the opposition gets to power, it is actually highly possible that the second referendum on Brexit will be held. In any case, the political pressures are now extremely strong and the Sterling volatility is getting worse. For the scenarios described above, it is highly probable to expect cable decline to 1.25 and even 1.24. This week, however, May will fight and push for an agreement and fine-tuning details on the home scene and in Brussels as well. The Sterling remains reactively turbulent to Brexit. From the macro numbers, we saw the stagnant CPI inflation at 2.4% last week and a significant decline in Retail Sales that boosted Thursday’s currency slump.

The US dollar benefited from tensions in the geopolitical situation last week, and again served as the safe haven currency. At the beginning of the week, the US Dollar Index climbed to 97.52, a record for the past year and a half. The US fundamentals were again positive, both CPI inflation and Core CPI rose slightly as well as Retail Sales. In the second half of the week, Fed members expressed their concerns over global risks, but Fed’s chair Powel was quite confident about the economic situation. However, other Fed presidents – Kaplan, Harker and Clarid have said that, in addition to global risks, they see no reason to further raise interest rates. This Thursday is the US national holiday of Thanksgiving and all trading will be stopped. This is followed by a Black Friday and a shopping fever for Retail consumers. No important macro reports are scheduled for this week.

For those of you who have not monitored the commodity markets last week, the Natural Gas chart will be a total shock for you. NATGAS has experienced the most volatile week in the last 10 years when its price surpassed $ 4 and reached up to 4,946, a dramatic increase of 18%. The reason was the early winter in the US when the northeast experienced snowstorms, and forecasts suggest a stiff winter, not just on the East Coast. The southern states around the Gulf of Mexico, like Louisiana, were also affected by cold weather. Another reason for the price spike is the increased demand for Natural gas from China, which rose from 2% in 2000 to the current 6%. Last week’s price action was correcting the growth, but this Monday opened with a huge gap upwards.