This fundamental outlook will bring you a couple of up-to-date news from the financial markets of last and this week. In the US, “Mid-terms” ended, and opposition Democrats won Congress while Republicans retain the upper hand in the Senate. The Fed kept the rates unchanged and the dollar strengthened. The New Zealand dollar had a bullish week after the shocking results from the labour market. On Monday, there is a public holiday in the US and Canada. 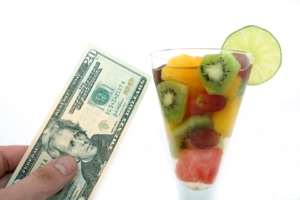 In the United States, Mid-term elections to Congress and the Senate took place last week. Democrats won the Congress and the Senate remained in a majority of the Republicans. It did not really make any waves in the markets, and although Trump might now have troubles pushing through his visions, he called the election result the victory. Immediately after the announcement, he fired Attorney General Jeff Sessions. Another important factor last week was the Fed’s decision to keep interest rates at 2.25% and the hawkish release of FOMC report. The Fed confirmed the commitment to further raise interest rates by one increase per quarter next year. The last increase this year is expected in the December meeting. The US dollar index again scored profits last week and began a bullish sentiment when on the opening of the markets this Monday, it reached the maximum from June 2017. Also worth mentioning from the American continent is the declining price of Crude Oil, that has been falling sharply for the fifth week in a row. This is due to US outputs production highs, and WTI has touched $ 59.20 a barrel on Friday, which is the price level from February this year. This week we expect Wednesday’s CPI inflation report and Core CPI, with expectations now higher for both. The same expectations are also on Thursday, when the monthly results of Retail Sales and Core Retail Sales come to light. On Monday, there is a public holiday of the Veterans Day in the United States, therefore low volatility is expected throughout the markets.

Kiwi is considered the hero of the week. On Tuesday, we witnessed an exemplary strong fundamental sentiment, which lasted a whole week in many pairs. It was due to the results from the labour market that brought unexpectedly surprising numbers on all fronts. The Unemployment rate fell to a low of 3.9% versus expected 4.4% and the previous quarter 4.4%, the Employment change in new jobs 1.1% compared to the expected 0.5%, the Wage growth 1.4% compared to the expected 0.8% and the previous 0.2%. In addition, positive corrections were also seen and the New Zealand dollar was dominated by strong bulls. For example, GBP/NZD fell by 400 pips for a week. On Thursday, the Reserve Bank of New Zealand (RBNZ) left interest rates unchanged and deflected from any rate cut in the statement. Other interest rate movements will now be data dependent.

The British Pound did not have a good time last week. Not only did it react chaotically to any Brexit news, but the macro data did not help either. Services PMI fell down to 52.2 and the monthly GDP was down to zero versus 0.1% expected. On the other hand, however, the first of quarterly GDP (Prelim GDP), which has now been released together with monthly GDP, remained at the level of 0.6% as expected. As far as Brexit is concerned, an agreement statement with the EU could be published this week. As usual, the rumors immediately came up that the result would be so bad that it would not pass through the British Parliament. Sterling tested a strong GBP/JPY resistance last week from which it immediately bounced on the Brexit news. This week we expect reports from the Labor market on Tuesday, the CPI on Wednesday and Retail sales on Thursday.

Our determined and ambitious trader from New Zealand