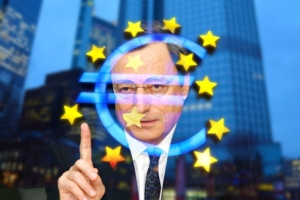 One of the most important events last week was the meeting of President Trump and Kim Jong Un at the Singapore Summit. Although everything went well and there was an excess of handshakes, the details of the two countries' agreement were not concrete. Rather, it is a symbolic gesture and a willingness to continue the cooperation between both countries.

The US Federal Reserve (Fed) has, as expected, raised the key interest rate to 2%. The result of the FOMC vote on the number of further interest rate hikes this year was also positive, so we are expecting another 2 increases, compared to one expected increase earlier. The US dollar reacted to this message by strengthening, but it did not last long.

The European Central Bank on Thursday did not raise its interest rates and President Mario Draghi also announced the end of the Quantitative Easing by the end of this year. Since October, the ECB will therefore limit its bond purchases. The ensuing inflationary developments in the euro area will be the condition for this decision to remain. It has been favorable lately and slightly above expectations. As far as interest rates are concerned, Draghi refused to give more information at a press conference on a possible increase, due to the poor economic situation of some euro area countries. The ECB also released a new inflation outlook, where it expects growth and a new outlook for GDP growth, where it is expecting a decline in growth, particularly as a result of US trade wars. For these reasons, especially holding a zero interest rate until mid-next year, the euro quickly fell on all pairs. By contrast, European stock indices strengthened.

On Friday, the United States announced a list of products from China, which are going to fall into 25% import tariffs. The reaction did not wait for a long time, and there was a counter-reaction from China about reciprocal measures. The market reacted by a sale of commodity currencies, the most depreciated was Canadian dollar and Crude Oil.

Mario Draghi will speak publicly on Monday, Tuesday and Wednesday. The President of the ECB will hold a panel discussion in Portugal and will have several public appearances. The most important one  is on Tuesday. It will be interesting to see if Draghi repeats his dovish rhetoric from the last ECB press. In another panel, this time focusing on trade wars, the euro could face another burden of uncertainty.

Central Bankers Panel: Wednesday, Fed chief Jerome Powell, ECB President Mario Draghi, Bank Governor Haruhiko Kuroda, and RBA Governor Phillip Lowe all attend a debate in Portugal at the ECB conference. It will be interesting to hear if any of them, and especially Powell, is concerned about the deteriorating trade relations in the world. The Fed's Chair has not yet given his own opinion on trade wars.

In New Zealand, the final version of the GDP growth will be released on Thursday without any revisions. In the fourth quarter of last year, this island nation’s GDP grew by 0.6%. The slowdown to 0.5% is now expected. Any deviation in readings could have a significant impact on the NZD movements.

A decision on interest rates (Libor rate) will be published in Switzerland. The Swiss National Bank issues its decisions quarterly and occasionally tends to weaken its own currency. Even with regards to the inflationary imbalances in Switzerland, no change is expected on the underlying interest rate.

Interest rates in Great Britain. The Bank of England left the interest rate unchanged in May after the previous macroeconomic data were worse than expected. The BoE is now expected to keep its policy unchanged at this meeting. This time, there is no publication of the quarterly inflation report nor the press conference. The Bank also publishes the votes of the Bank Board members, which is the key information that needs to be monitored.

Canadian Inflation (CPI) and Retail Sales will be released on Friday. Both of these fundamentals are important indicators of the Canadian economy, and both have the potential to move the currency. This month the reports will be published at the same time, and may have mixed reactions in the markets if they do not align.

Trading according to the real market?