As we predicted yesterday, Dax made its way outside of the consolidation range when it broke out of the resistance at 12 494. Just as we wrote, this breakout was a clear signal to retest another S/R level in the row and that is exactly what happened. Dax continued to hit the resistance at 12 595 where the price bounced back down and returned to the range of the past week.

Yesterday's price action gave us a signal that there is a mood in the markets and Dax has tendencies to continue higher. Considering that yesterday's breakout led to a retest of another S/R zone, we can understand this as the confirmation of the sentiment continuation probability. The major US indices futures also play in our favour as they gain in the morning trading hours and the correlation with Dax is often quite likely. 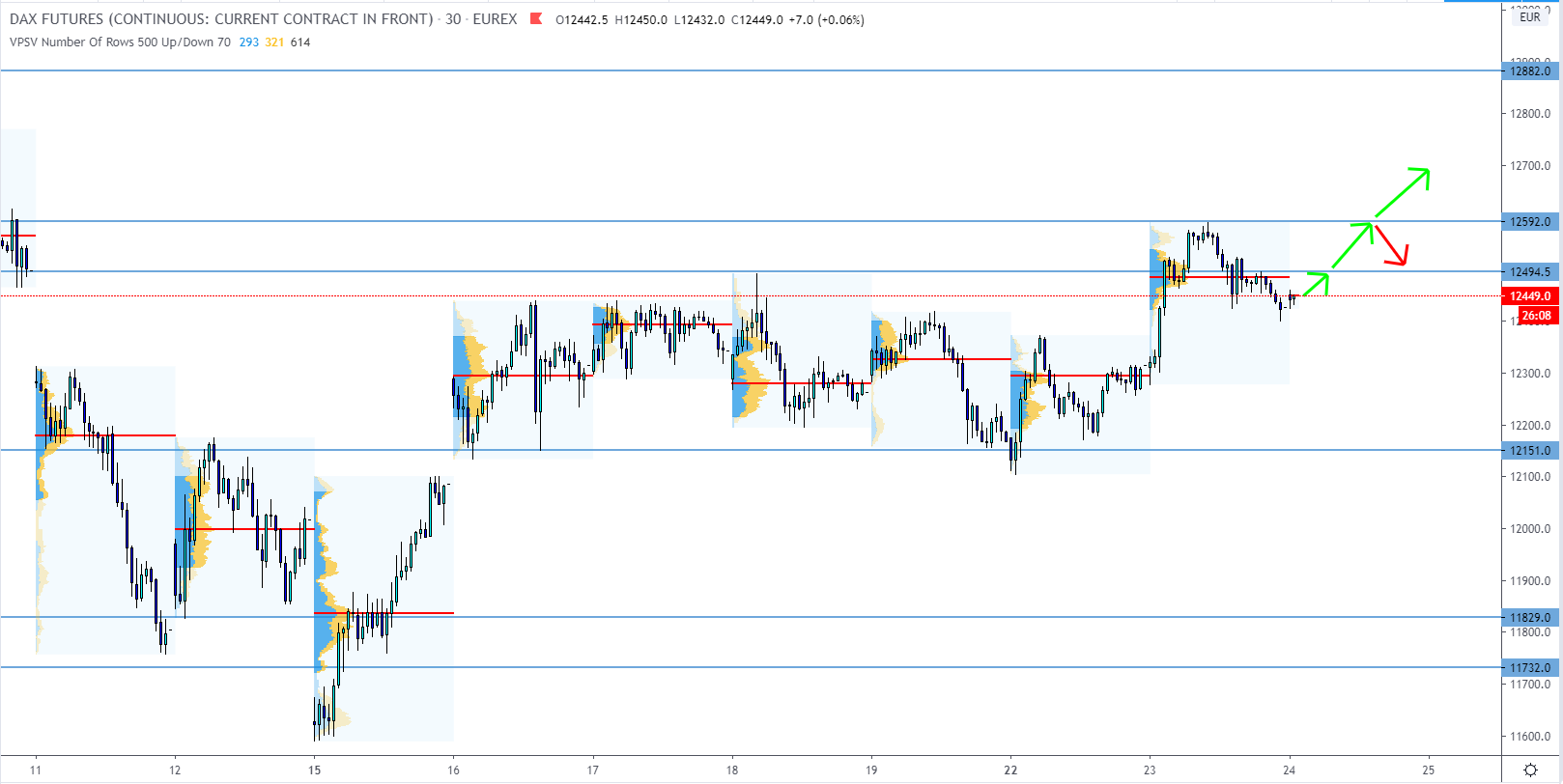