Monday's session brought the initial short which broke our trend line. After breaking yesterday's low, buyers stepped in to retest the trendline just to allow bears to take it lower again. The price was then closed near its intraday low.

Today we expect a breakout of yesterday's low which has a good chance as per the statistics. Our short trades then have a clear target. We can find sellers around the trend line from yesterday. Considering the low at 11 538 has been retested thrice already, it is now likely to see a breakout with a further downside continuation. In case buyers take control after the low breakout, it is more probable the price will oscillate inside yesterday's session. 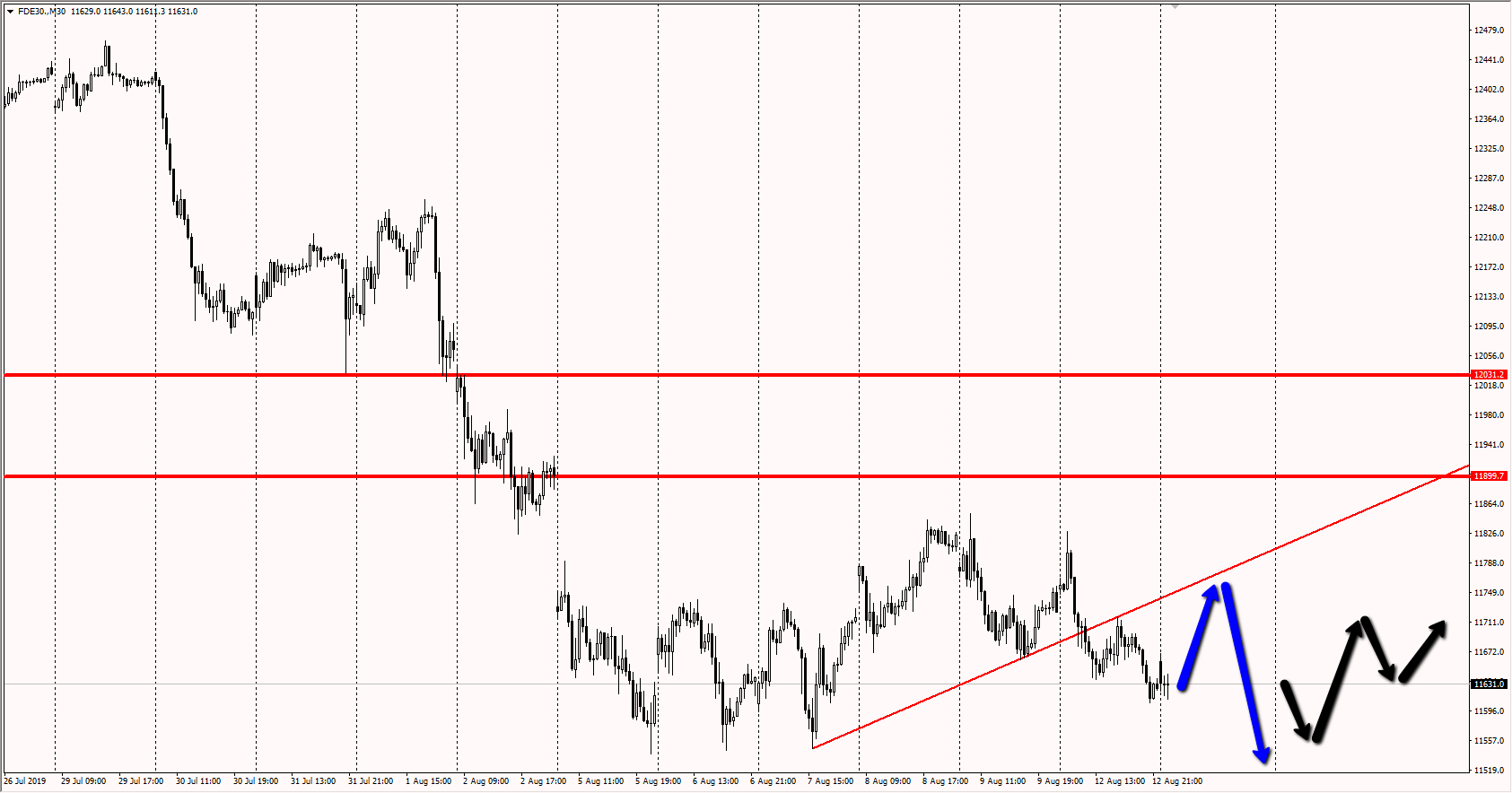