With the increasing amount of traders, who have managed to overcome the Challenge, increases the diversity of styles that we can analyze. However, several common denominators can still be observed among all these traders. There's definitely no harm in bringing these to mind in this article about another trader, who managed to follow the rules of risk and money management and attain the desired appreciation of the Challenge.

Today's trader is characterized by a high trading activity. As seen on the balance curve, during the challenge he opened and closed 110 positions in just 11 days. Therefore, on average, he opened 10 positions a day, which makes him a more active day trader. However, he is not a scalper - the average duration of positions held by him ranges from six to nine hours, while less than half of the positions were held overnight.

This trader, too, promotes some of the common characteristics of traders, who have passed the Challenge. Note the common success rate which does not tend to exceed 50%. If this trader had this success rate and went for the same profits as losses, he would end up with no profit, or more likely, with a small loss because of charges and spreads. However, our trader has an average loss of $27.47, whereas the average profit of almost $47. The ratio between risk and expected profit almost amounts to 1:2. Thereby, his trading system meets the prerequisites for it to be profitable in the long term. This is also confirmed by positive indicators Expectancy and Profit factor. It needs to be pointed out that Expectancy is calculated as (the average profit rate X success rate) - (average loss X fail rate) while the fail rate can be counted as 1 - success rate. The profit factor is then calculated as the sum of profits divided by the sum of losses. Therefore, it tells us how much money the trader earned for each Crown that he lost. 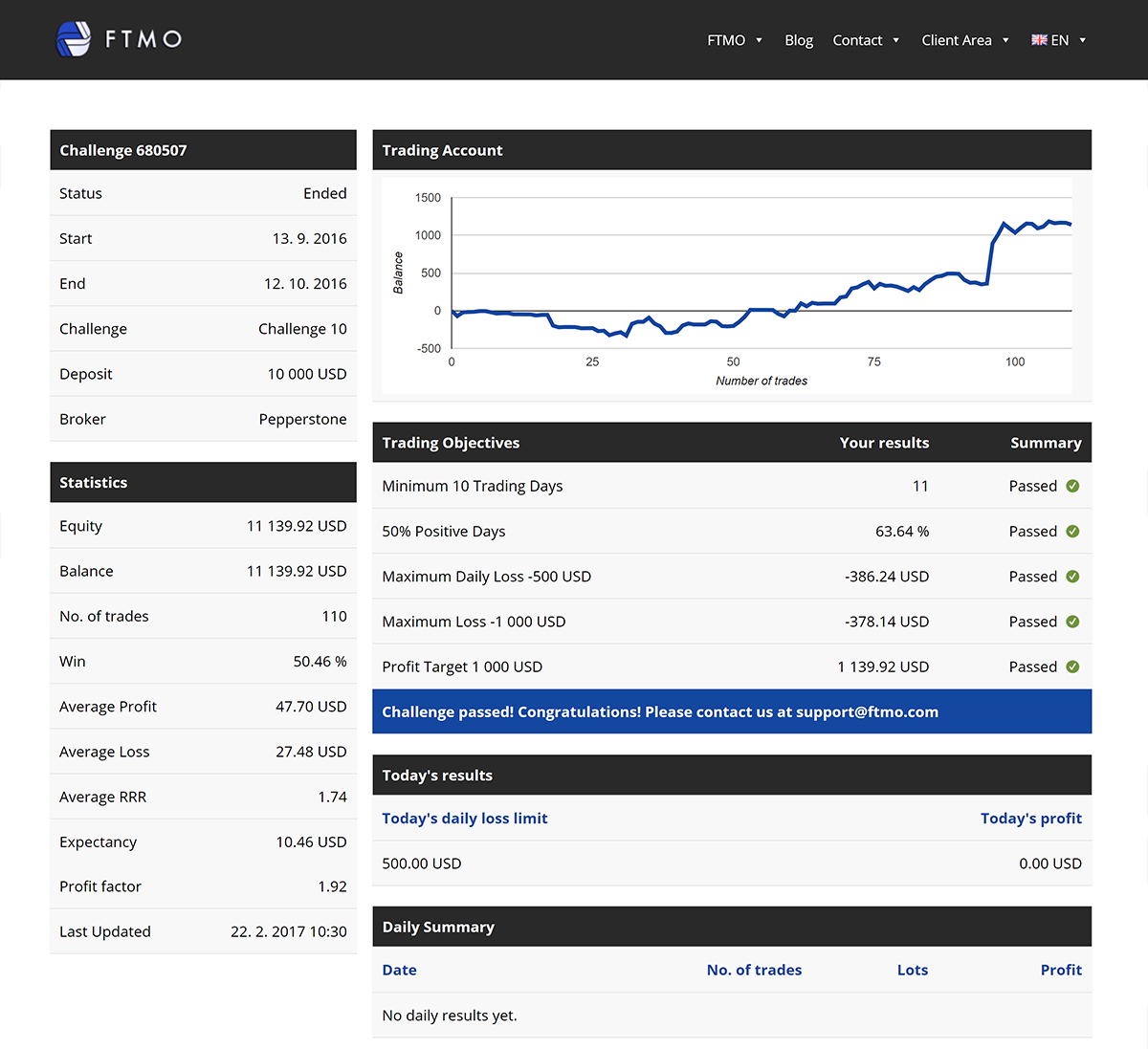 The table of compliance with rules features another quality of our successful traders. They don't leave anything to chance and they guard the limits of their losses jealously. Can you handle it too?