Our prognosis of yesterday, just like the entire week has been 100% successful. Dax continued lower in the gap direction yesterday, yet the correction to previous day high was seen relatively soon after. Dax then failed to retest the 12 592 just by a few points and the trading activity then oscillated in the intraday range. As we hinted, some correction is likely to occur after the bull run of the recent past.

Dax slowed down on its bullish run yesterday, yet the price opened with an ascending gap today, exactly at the resistance level of 12 592. There are two decisive factors on today's agenda. The first one is the price action around the resistance level, especially during the European session. The second factor is today's NFP release in the United States. We estimate the price will first be repelled by the resistance above and the bearish attempt to close the gap. It is also very likely that Dax will only find its direction after the NFP release when the volatility is highly expected. Statistics suggest the closure outside of yesterday's range, hence the NFP can serve as the great catalyst. 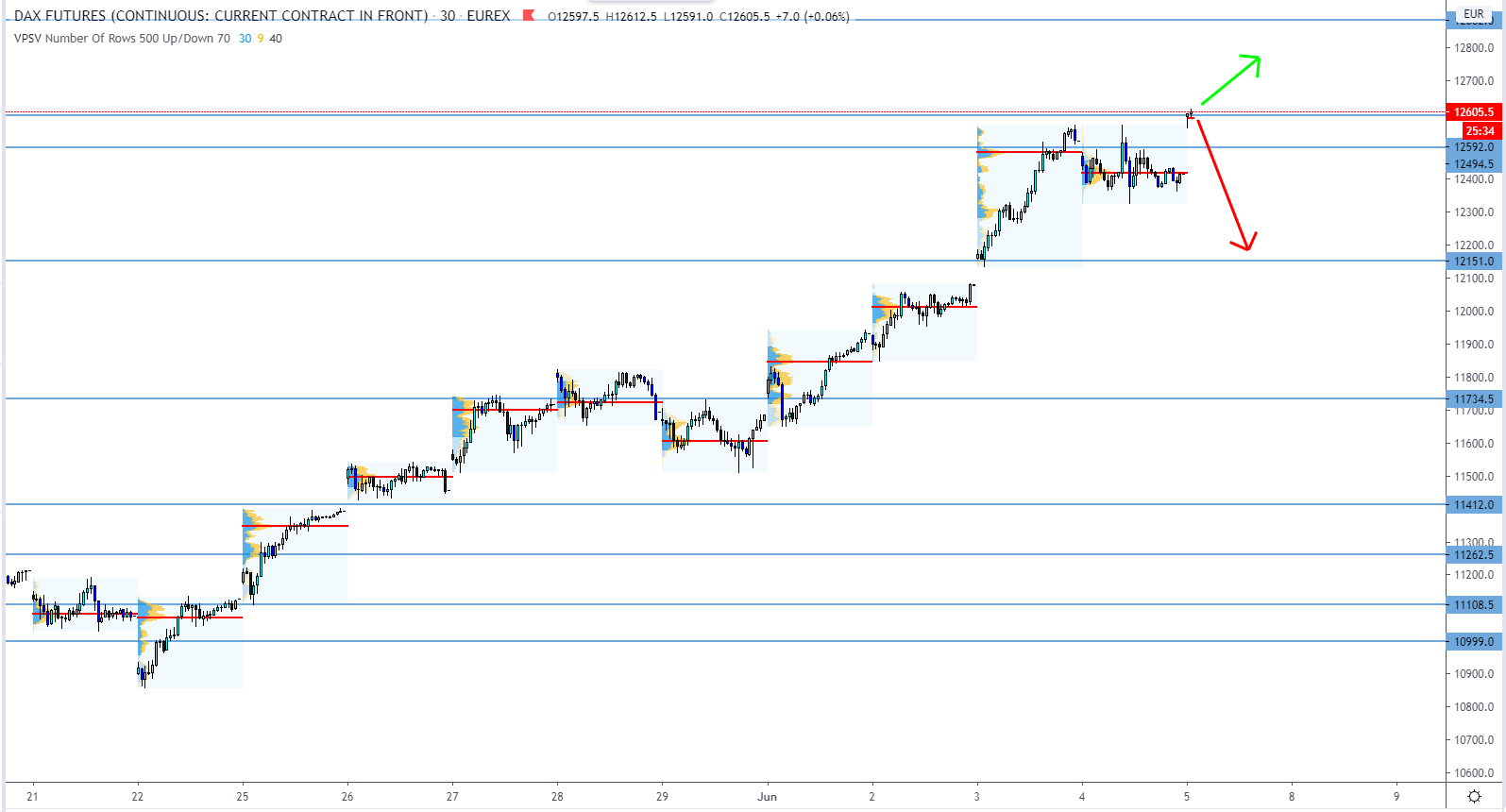 The Three traits a Trader Must Have to Become Profitable
Scroll to top
This website uses cookies to improve your experience. We'll assume you're ok with this, but you can opt-out if you wish.Accept Read More
Privacy & Cookies Policy
Necessary Always Enabled