What a drop! We correctly estimated the initial attempts of sellers to return back into the range of Monday. The first support at 12 427 was ignored completely and the second support at 12 386 slowed down the bearish momentum and buyers held the price in a corrective setback for a few hours. Following was an aggressive move to the downside caused by the US ISM Manufacturing PMI release, which came out much worse than expected. Dax then closed near its intraday low.

We have a very high statistical probability of breaking yesterday's low. Unfortunately, the price is now very near so we don't have good RRR. Considering yesterday's volatility, we estimate today's price action to be calm or at least within the normal range limits. If buyers take the price higher, sellers are likely to step in at around 12 290. Should bears be stronger right from the beginning, bulls are likely to appear at around 12 178. If this zone gets broken, then we can expect the retest of a weaker swing low from 25th of September. 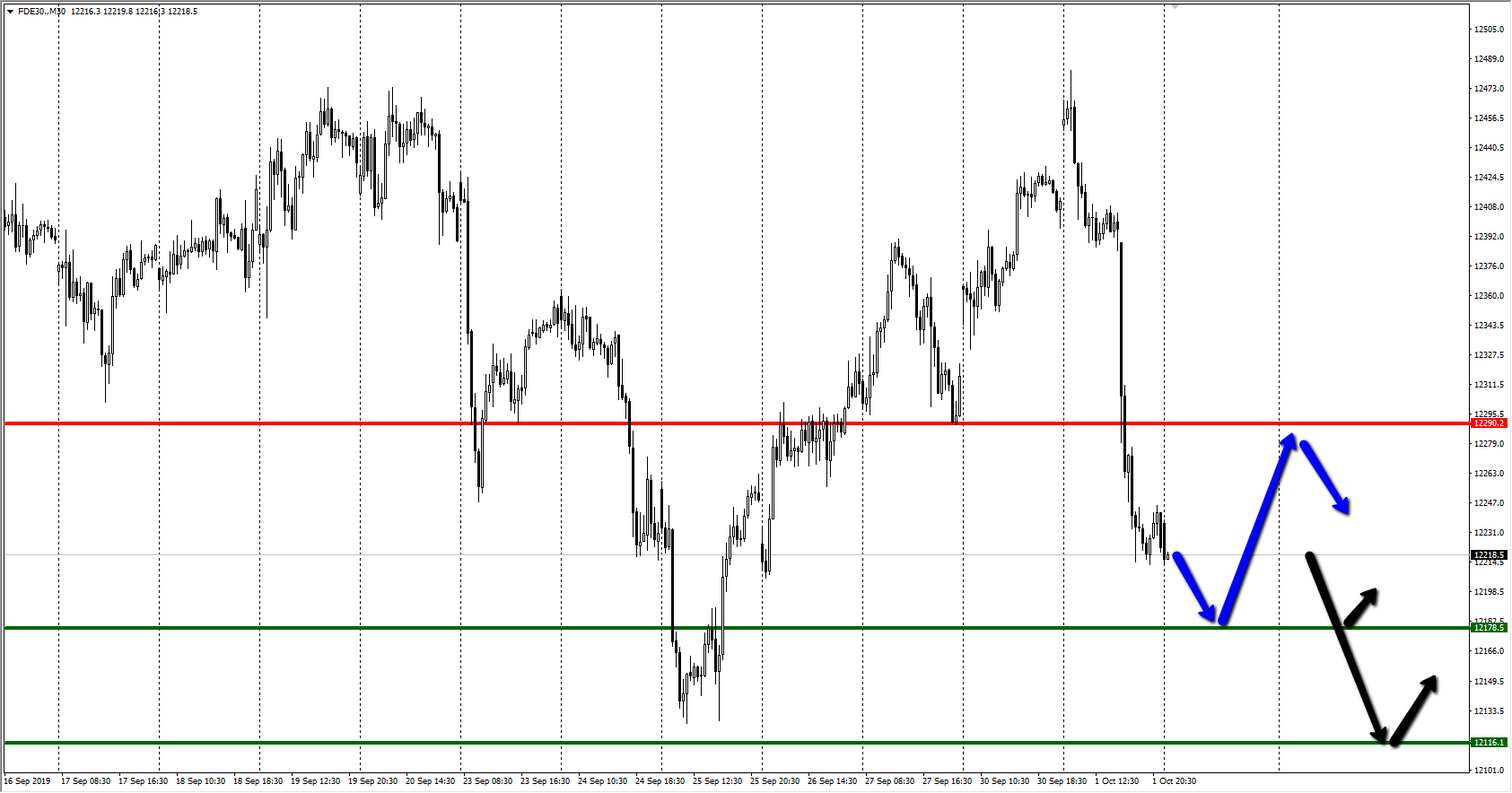